I had a ruptured brain annie in Feb/18, and had it coiled. I was very fortunate and didn’t have any real complications (except for memory issues, but hey I’m almost 50!). My neurosurgeon was going over a list of things she wanted me to avoid: Smoking…don’t smoke, Heavy drinking…lightweight, never have more than 2 anyway, no drugs…umm yea goodie two shoes here, no coffee…don’t really drink it, no lifting or straining…gotcha, no vigorous exercise…sucks cause I love to run, AND NO DIET DRINKS, ESPECIALLY WITH CAFFEINE…um WHAT?!..See I was ADDICTED to Diet Coke. I had one a day, & a few on the week end, and in the summer mixed it with spiced rum…OMG YUM right?!..Ok I knew aspartame was bad for me, but really?! So here’s what she said: Aspartame wears away blood vessels, and the caffeine raises your blood pressure. Drink it long enough, AND BOOM!! Then add all the others things on this list, and it’s deadly. I am NOT saying Diet Coke gave me an aneurysm, my aneurysm was likely first caused from head trauma when I was younger. The aspartame weakened the blood vessel most likely she said. She also said a large number of her stroke and dementia patients drank diet drinks with aspartame. I have not drank it since my annie. I tried a sip of my husbands regular Pepsi which I used to occasionally have, and it tasted disgusting. My taste buds have actually changed quite a bit since the annie. So if you still have an annie in there (I still have one), stop drinking this poison. That’s all it is…poison. Peace

Do you have any studies to back up these claims? Any links to any actual information about it? Aspartame has been around for a very long time, since 1965 actually.

I did a quick search and found this info which basically says there’s no proven risk: 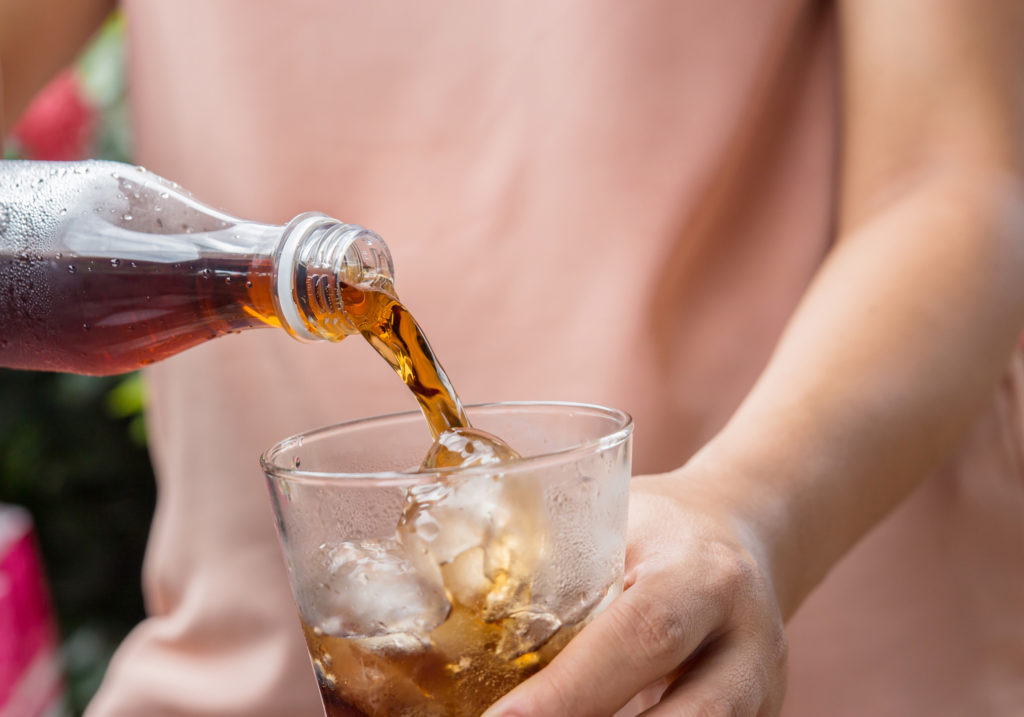 Does drinking diet soda raise the risk of a stroke? - Harvard Health Blog

A recent study suggests that artificially sweetened beverages may increase the risk of stroke, although there are other reasons to avoid these drinks.

The study included 2,888 people ages 45 and older from the long-running Framingham Heart Study, all of whom filled out diet questionnaires up to three times over a seven-year period. People who said they drank at least one artificially sweetened soda a day were about twice as likely to have a stroke over the following decade when compared to those who drank less than one a week. Drinking regular, sugar-sweetened sodas or beverages did not appear to raise stroke risk.

However, these types of studies can’t prove cause and effect, only an association. Also, only 97 people (3%) had strokes during the follow-up, which means only two or three of those strokes could possibly be attributed to drinking diet soda, says Dr. Kathryn Rexrode, an associate professor of medicine at Harvard-affiliated Brigham and Women’s Hospital who co-authored an earlier, larger study looking at soda consumption and stroke risk.

I also found this statement:
https://www.skeptic.com/reading_room/aspartame-safe-sweetener-or-perilous-poison/

Scientific Studies. Aspartame has been found to be safe for human consumption by the regulatory agencies of more than ninety countries worldwide,with FDA officials describing aspartame as “one of the most thoroughly tested and studied food additives the agency has ever approved” and its safety as “clear cut.”

When you post about positives or negatives please try to include actual supporting information.

There are many many many articles out there stating that Aspartame is poison and is not poison. I trust the thousand of studies that say it is. My neurosurgeon has more data than I ever would, and so I trust her educated experience. Do what you like, take what you like from the world wide web of conflicting information, but I trust a neurosurgeon who studies nothing but the brain all day every day.

While billed by slick marketers as the way to have your cake and eat it too, you may want to think twice before eating foods sweetened with artificial sweeteners or adding them to your foods and beverages. Makers of these chemically-derived sweeteners often tout them as the healthier, low-calorie alternative to sugar, but a growing body of research states otherwise.

In addition to the list of other health problems already linked to artificial sweeteners, new research presented at the Experimental Biology 2018 Conference recently in San Diego, California found that artificial sweeteners can cause damage to blood vessels and impair the vascular system. While that’s an obvious concern for anyone (we need blood vessels to supply nutrients and oxygen to every organ and tissue in our body for them to work properly), but it is of particular concern to those who are at high risk of vascular problems, such as diabetics. Sadly, diabetics are often the first people to choose artificial sweeteners and sugar-free foods that contain them.

And, vascular damage is just one more health concern added to the long list of other health problems already associated with artificial sweeteners.

I have sweetener in about 4 cups of tea a day.

Started using it 4 or 5 years prior to my brain aneurysm being found. My doctor said nothing about this being a risk so I still use it.

It alarms me I must say.

I will question my surgeon and neurologist however. Til then I will stop using Aspartame and try honey instead.