One of the fears I have is going through this all over again and not being as lucky as I was the first time around. To help me keep this fear in check, I asked my my brother-in-law, who happens to be a paramedic, his wife is a nurse, about wearing a medical ID bracelet. I also told him it would probably act more as security blanket than anything else. He recommended two products, since he knows I don’t wear jewelry, except for a watch occasionally.

The first product he recommended is an ID bracelet from www.roadid.com 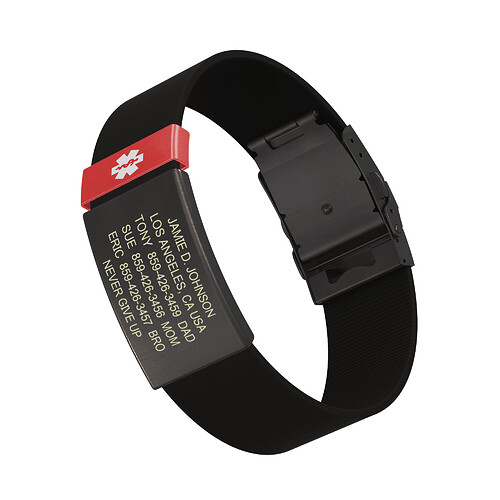 The second product he recommended is an ID sleeve to fit over watch bands from https://shop.getmyid.com 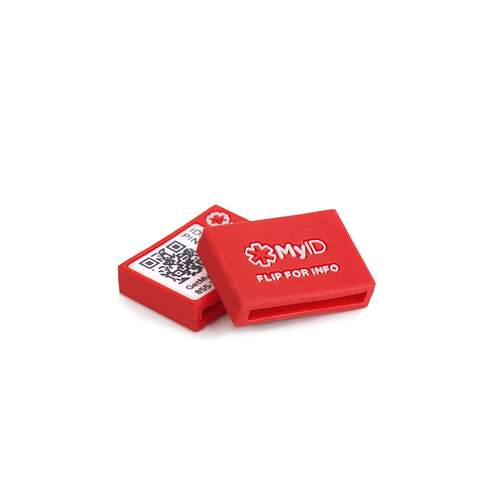 He informed me that TX paramedics prefer either one.

The last recommendation I received was from a concert music producer who I know from my many years working in broadcast and streaming radio. My ears have been ringing nonstop, he recommended https://eargasm.com/ 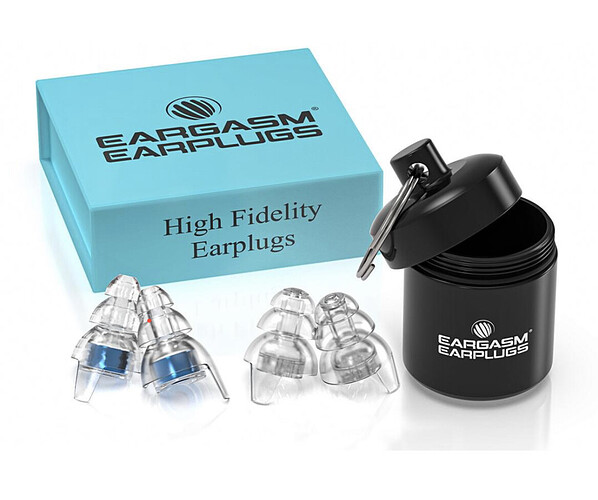 I trust both of these gentlemen and purchased all three, I’m happy to say they will be waiting for me when I get home.

I hope this info is useful, but do your own research as everyone is different. I’m also open to hear in any suggestions from other survivors about what has worked for them.

Make this week a great one!

@ChrisC
This is great! You and I talked about it and you found something that works for you.
I bought from a different store, but they have similar products , https://www.laurenshope.com/
I bought one with a silicone bracelet with a red sign, it almost looks like a Fitbit bracelet. I use it when I exercise. I also bought one for everyday wear, that looks more like a woman’s bracelet. They have different styles for women and men.
I have engraved my name, on blood thinner, daily Aspirin. Intracranial stent and coils. See wallet card.
I have an emergency wallet card with more information and I have it with me all the time.
It gives me a peace of mind in case I will be in an accident, injured and there could be some internal bleeding due to the blood thinner. Also information about the stent if I need to have an MRI/ MRA and I cannot speak for myself.

Yes, your recommendation was the first I looked into. A lot of it was more metal that I’m interested in. I certainly appreciate the lead though. I also appreciate the additional tips on what you keep on the medical record. Cheers!

I used several of these …at different stages of my diagnosis etc. I used a red one on days when I wanted a conversation about my diagnosis and a blue one when I didn’t! They ship to the US. 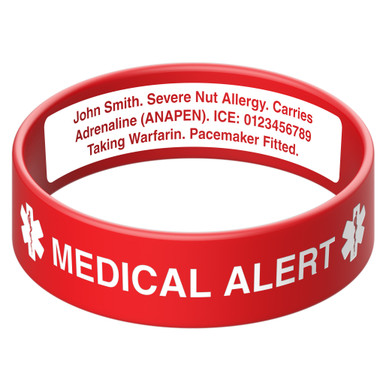 I found them very comfortable, perfectly durable and can stay on through the night, shower etc., if you prefer.

I think they’re a great peace-of-mind-giver.

I love the idea about color coding. How did you manage expectations of others based on the color you wore?

I’m not sure I did. If people asked me about it, I was open with them. If I wanted a day when people didn’t ask or asked less, I wore the navy one. Since the text is “engraved” into the bracelet, I bought new ones as my diagnosis or treatment changed.

I’m different from you guys but similar: I had an AVM, which is an artery pumping into a vein and risk of the vein rupturing. Once resected or embolised or irradiated (+ several years) the risk goes back to “normal 50-year-old” in my case. Some chance of resurgence but you can look at it glass half full or glass half empty. So, when I had my embolisation, I got a new bracelet and wore it for probably 18 months. After that, I was told I was all good and I stopped wearing it.

In the beginning, though, I was unruptured and just been told “Oh, you’ve got an AVM and if we don’t do anything about it, you’ll have an increased risk of a stroke”. So I was basically beside myself!! And I had to wait over 7 months to get an operation

I was still at work. I wasn’t allowed to drive (or, I didn’t drive) and so I spent more time on buses, with strangers. I told my boss that I’d far rather be at work for the 8 hours of the day than be alone at home, as you can imagine.

But I was open about my predicament with my work colleagues: it was pretty normal to talk about safety at work and I introduced it as an element of (personal) safety and a bit of a “Do you know about the F.A.S.T. test for a stroke?” conversation: as useful a piece of education for anyone, not just me.

I was at work in an office, wearing suit, shirt, tie etc., so the wristband could be as on-show (red) or more subtle (navy) as I felt for the day. At the beginning, I wanted the people round me to know, to ask, to dare to ask. At other times – meeting customers perhaps – less so.

Having a wristband definitely helped me mentally. I’m “quite” extrovert in a work setting, though. [Maybe not just work

] I do think they should work for people who don’t need to talk about it – just choose a subtle colour that only ambulance crews will look for.

These are great ideas y’all! Thanks for starting the conversation in an easy way to find @ChrisC! These are a vast improvement from the old metal style I think and if one uses @oct20 site, you can really dress yourselves up! The one Chris shows for a watch is nice. Don’t forget to use your smart phone as well, paramedics in the USA can access emergency information if your phone isn’t broken. I don’t know about other countries. Ms. Lena has a great work around to make sure our medical info is still available no matter what! I keep mine with my insurance card, stent card and driver’s license.

I use Isotunes https://isotunes.com/ when I’m running the grass trimmer, power tools etc. or go out where there’s going to be a lot of noise. The second generation has been easier for me then the first as the buttons are easier for me to differentiate. I picked them up a year or two ago when they were on sale at a big box store and I was able to my Veteran’s discount.

I am curious to bracelets and would like to ask a question or two…I can see where silicone bracelets would be easy to keep on but they concern me if I get it stuck on something and do more damage than good to my wrist. Are there ones that have some type of quick release mechanism like a cat collar has so they don’t hang themselves? (Can’t remember what they’re called). The other question I have is just how to put information on a bracelet with no QR code? I imagine the code allows for more information to be available. But I remember my Neurosurgeon having a fit when she found out I had lower back surgery to fix my Spondylolisthesis and Cauda Equina and no one told her, until I did around week 3 in NSICU I think it was, my local hospital didn’t send her the whole medical record I imagine. Do I ask one of my doctors for medical abbreviations to put on one so the paramedics know right away? I have a plethora of allergies to meds that keep growing as I age, and besides the rupture, I now get to navigate life with Dermatomyositis that’s lead to fragile skin.

@Moltroub
That’s a good question about the quick release closure. Maybe there is something available in the market. I found this, but I don’t know if this is an option.

I think they have similar closures on bracelets for men.
The company has a great customer support and I’m sure they will answer.
Regarding the information, you fill out the information you would like to have on your bracelet. If you are unsure what to add, I think asking your doctor would be a great help. There is only room for the most important information, that’s why I added “ Please see wallet card “ There are different sizes of the ID tags. 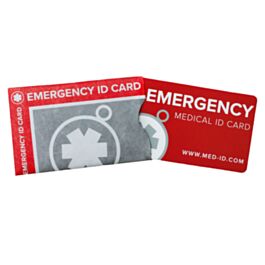 The perfect complement to your medical ID bracelet or necklace, our Expandable Wallet Card holds additional information about your conditions, allergies, medications and more.

@ChrisC found another solution with the QR code.
I have seen someone suggesting that we gather more information on a computer memory stick and have it clearly marked. When I was traveling to my mother county I brought my bracelets, my emergency wallet card and my stent card. I brought some paper copies of my medical records, just in case……
I think it’s more of a security blanket for me too. But it’s good to know that if I get into a car accident or something else, the information about the blood thinners and the intracranial stent is available.

As always, Ms. Lena, you help me more than I have words for! Thank you so much! I will definitely reach out to my PCP and ask her for help with what I need to put on it. I don’t think the medical field will understand wired, caged airhead that will keel over with many drugs, you’ll rip my skin down close to the bone if you use a bandaid, so don’t do it!

I can see where silicone bracelets would be easy to keep on but they concern me if I get it stuck on something and do more damage than good to my wrist.

What I would say is that they stretch an amount, so should come off anything and could easily be cut off with any scissors if you did get stuck.

Thanks Mr. Richard! You may not know this about me, but I am an accident waiting to happen. Seems it correlates somewhat with every time BH mops and I end up dripping blood all over it😂. Unfortunately, I never have known I’ve cut myself so badly.

I have the ROADID bracelet. Last line reads ….BRAIN-COILS & STENTS. I feel safer if I am found unconscious that paramedics would know what to check.

That’s a good line, I didn’t think of that. Mine simply reads brain aneurysm survivor 8.4.22. I might have to get another one especially after I received this lovely hand written card from the person that helped fulfilled my order. Let’s support this company, they care. 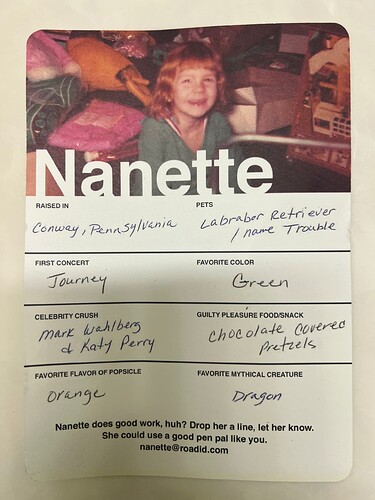 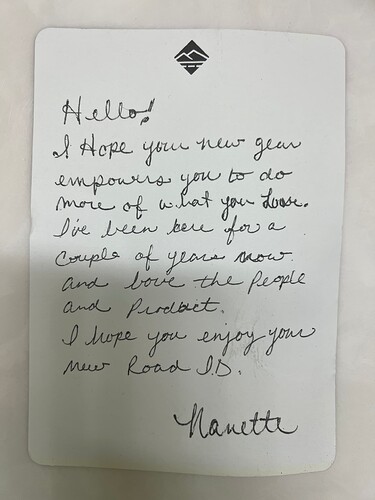 When I had mine made up, I had things like

The “if symptoms of seizure or stroke, dial emergency” is a bit obvious (anyone finding a person with such symptoms should dial emergency) but I was happy to encourage the less well educated to help me promptly as well!

What a nice note! I had a Lab, named Trouble, that I credit with saving my life when I ruptured. My Neurosurgeon asked me what she had done for me. I was adamant back then if not for Trouble, she wouldn’t have me to work on. Luckily, I can process a bit better now though it doesn’t take away from my Lab from waking me up!

Y’all are helping me a lot on what to put on -SAH coils, stent, contrast dye severe anaphylaxis, DM, fragile skin, see stent and medical card. I really like the wallet QR card and to also have it in writing on the fold up card. Because I don’t keep my wallet on me when I’m working in the yard, I need to decide on a bracelet. I’m leaning towards one that is Velcro attached so I don’t need to worry about having scissors or a knife on me. Thanks for leading me down that path @DickD! Then I’ll need to have a fancy one like @oct20 suggests when I go out.